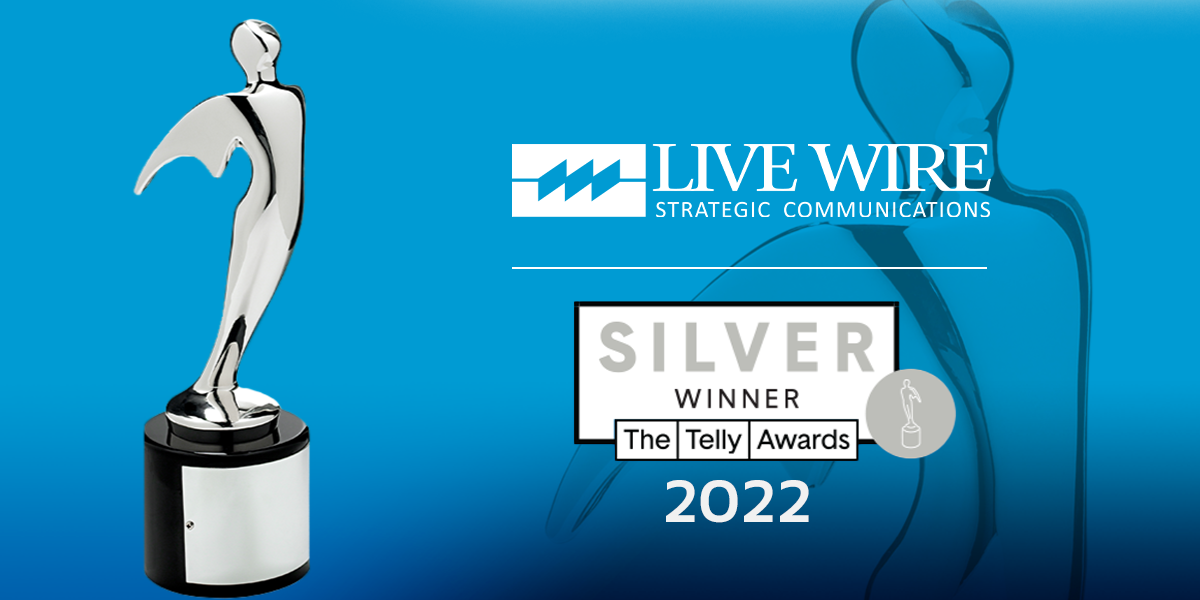 Live Wire has been awarded a Silver Telly Award in the General – Non-Broadcast category for the “Generations of Giving: Reinsch Pierce Family” video, made for VHC Health Foundation.

The ”Generations of Giving: Reinsch Pierce Family” video features members of the Reinsch Pierce family, who have gifted to the VHC Foundation across multiple generations, as they share their relationship to the community and VHC, and their history of charitable giving.

Production of the video can be accredited to the following:

About The Telly Awards:

The Telly Awards was founded in 1979 to honor excellence in local, regional, and cable television commercials with non-broadcast video and television programming added soon after. The Telly Awards annually show cases the best work created within television and across video, for all screens.

Receiving over 12,000 entries from all 50 states and 5 continents, Telly Award winners represent work from some of the most respected advertising agencies, television stations, production companies and publishers from around the world. The Telly Awards recognizes work that has been created on the behalf of a client, for a specific brand and/or company, or self-directed as a creative endeavor.

As a not-for-profit, 394-bed teaching hospital within the Mayo Clinic Care Network, VHC Health brings world-renowned expertise and knowledge to the Arlington community and Washington region. As part of the Hospital’s mission to be the best health system, the Foundation was established to better ensure the needs of each patient are met with the most comprehensive, compassionate, and advanced level of care.